ExLight 64bit, Build 171121, based on Debian Buster/Sid with Enlightenment 0.22 (latest, installed from source) and Refracta tools 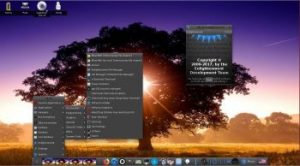 NEWS 171121 ABOUT ExLight
I’ve made a new extra version of ExLight today based on Debian Buster/Sid. The “old” version from 171112 is based on Ubuntu 17.10 (alias Artful Aardvark) and Debian Buster/Stretch. Furthermore version 171112 uses Enlightenment 0.20 installed from Ubuntu’s repositories. Build 171121 of ExLight uses Enlightenment 0.22 installed by me from source.

I have kept the old version (171112) on SourceForge.net server since that version of ExLight can be considered more stable being based (mostly) on Ubuntu 17.10.