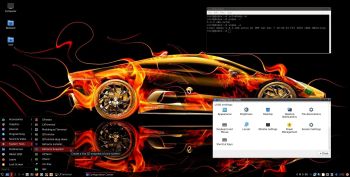 NEWS 191209 about DebEX LXQt 32 bit Build 191209
I’ve made a new DebEX system for older computers. It uses LXQt as Desktop environment. LXQt is a lightweight Qt desktop environment. It will not get in your way. It will not hang or slow down your system. It is focused on being a classic desktop with a modern look and feel. Only a minimum of packages are installed. The ISO file is of only 981 MB! Refracta Snapshot is pre-installed also in this version of DebEX, which means that you can make your own Debian 32 bit (Intel x86 32-bit architecture) live installable system in a very simple way. I mean change everything to your liking and then create a new ISO. I could run and install DebEX LXQt without problems on my oldest computer. An Acer Aspire 5102WLMi from the year 2006.

The boot screen when running DebEX LXQt live – see below. 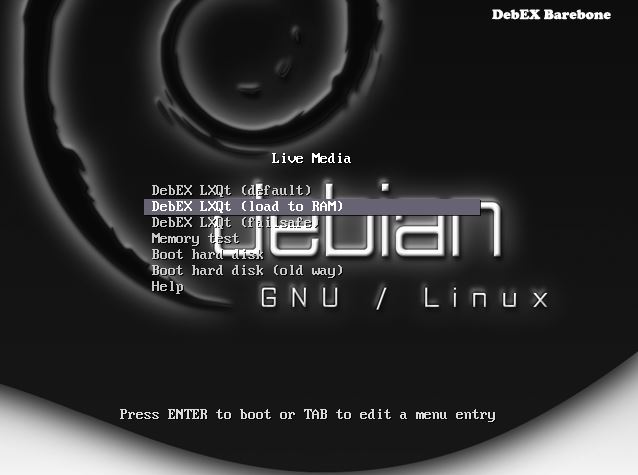 The boot screen when running DebEX LXQt from hard drive (VirtualBox) – see below. 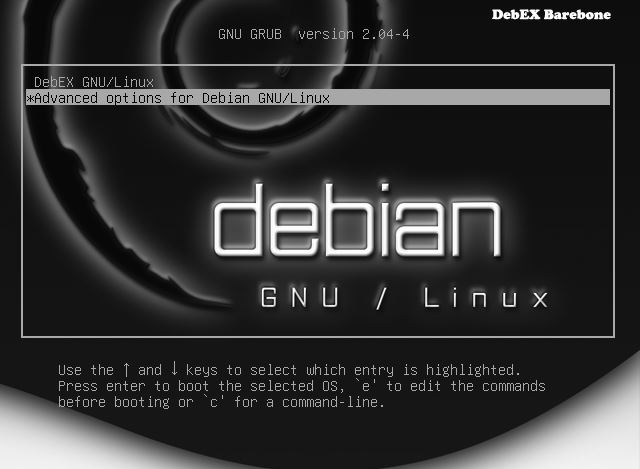