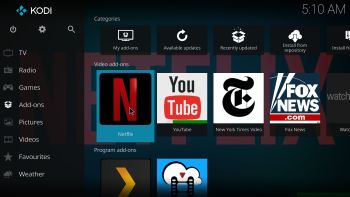 ABOUT RaspEX Kodi
RaspEX Kodi Build 191117 with LXDE/Kodi Desktops can be downloaded from SourceForge.net for free. The system is made especially for the new Raspberry Pi 4, but can of course also be used on a Raspberry Pi 3 Model B+, Raspberry Pi 3 Model B and on a Raspberry Pi 2 Model B. RaspEX Kodi is based on Debian 10 Buster, Raspbian and Kodi Media Center. In RaspEX Kodi I’ve added the LXDE Desktop with many useful applications such as VLC Media Player and NetworkManager. Makes it easy to configure your wireless network. I’ve also upgraded Kodi to version 18.4 Leia, which makes it possible to include useful addons such as Netflix and Amazon Video. Which I’ve done. Study all included packages in RaspEX Kodi. Kodi 18.4 is the latest stable version of Kodi. 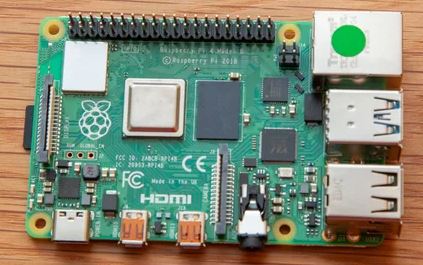 RaspEX Kodi performance
RaspEX Kodi is a very fast and responsive Rpi system. Much due to very low memory (RAM) usage. About 120 MB as this screenshot shows. I’ve said that RaspEX LXDE Build 190807 is very fast. RaspEX Kodi is even faster especially if you use the new Raspberry Pi 4 to run it. The video and sound quality is also very very good. Even while running RaspEX Kodi on big TV screens. I.e. you can really enjoy Netflix and YouTube running on your Rpi mini computer!